MGO brought a lot of good memories. Game was fun and unique. The mode i loved playing the most was tsne. To me i loved the hunt or be hunted part of it. Loved playing when rounds will switch you from sneaking to being armed and look for sneakers. Everybody hated me for using the drum can. I loved using that drum can to stun the enemy. They would see me rolling and hating... lol the most ive stunned on one go was like 5-6 hunters (i was sneaking) and just seeing their bodies get rammed and try to get up and run away but by that time im coming back around and ram em a second time for the stun. Someone tried kicking me after that mess, but got denied since my team was like damn N1, that was funny, good job. I would always ram a few when theyre running in a group and then i try to make my escape after theres more coming and getting sprayed at like crazy. Once they knew i had the drum, they knew to be afraid lol. Some would give me the drum if they had it.and on the map U.U. on the rooftops, or maps when were on a high top floor, i would drum them and send them down from the roof to their death when they land lol.

Another cool memory was when i was playing tdm on U.U. i threw a grenade on the top part of red roof, and guy was flipping in mid air and i was shooting at him and managed to get a HS and his body flipped even faster and the body just flipping on down till it slams on the floor.

And on M.M. or V.V map, when sneaking on tsne, someone always getting sniped in like the first 5 seconds of the game even though they know going that route may get you shot. So many memories i can go on about. Game was/is so much fun. No other game as fun as mgo.
Top

Too many memories and this is why I wish to play again, TSNE with clan on one team and anyone one who dared play against us on the other, those were happier days.
Top

TheLightBringer asking me about how I lost my virginity lmfao.

When u lose ure virginity lol?

or my real virginity?
lololol

very close to 16 though

How old was she?

Rofl u both musta been pretty high yh?

Like howd it happen? At a party or smthn?
Or jus randomly hangn out

O.o
Playaa
Thought u were a goody boy before loool
The way u act
But meh looks can be decieving

loool
but yeah
it was shit the first time

and the second time
Loool
sex

it was her first time too
so she bled
LOL

tell me about it

That's nasty
I can imagine u like
WTF OMG?

Was she a slut?

nah, i was her first

O.o
Meh most girls in my school
Are either sluts
Or the opposite
And the inbetweener are ugly as feck

Mine is getting spawn killed for an entire game by Mafiaboss he/her taught me a very good lesson, know your enemy and you will certainly beat them. If you can play chess you will be victorious in mgo
Top

I can't ever forget a survival tsne match, all my team mates died halfway through the round and me and my lv 12 poor sod of a character was all alone against a team of 4 dudes between lv16-18 wearing stealth camo. "yay" i thought, i was gonna get owned .
But then by some miracle i managed to kill 3 of them out of sheer luck, until the last one got me from behind. I felt really bad about losing but then, surprisingly, i got praised by both teams for almost doing it all alone haha, damn that was a good match
Now I am become death, destroyer of worlds, let those who hath known my fury leave behind their mortal coil﻿. 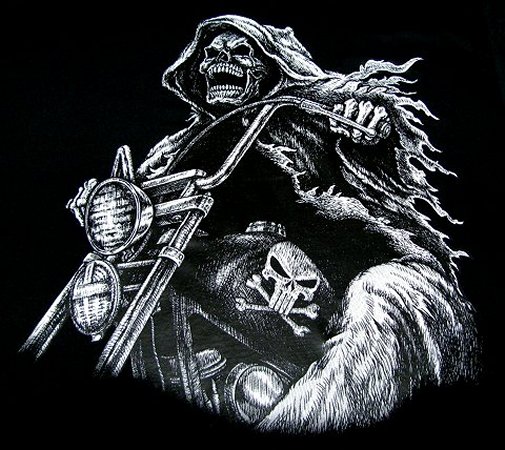 Best memory. My friend would come over to my house and bring his PS3. We'd have 2 TVs next to each other and MGO2 all night!

One thing we liked to do was make a 2 vs 2 room, no nades, MM only. We'd hide in the top floor of the house and put S.G. mines under the window and at the perfect spot on the stairs. The only way up was to crawl and pick up the mine. Of course, one of us was always on the lookout and would headshot if they tried that.

So dirty and cheap, but so fun. We pissed off a lot of people.
Top

Probably playing SWAT. I had a troll clan with about 2 other members besides me, entitled S.S. 3rd Reich (lol) (we had a swastika emblem). This was a great laugh to me back at the time. Pure Satire, and Satire only no racism intended.

Anyhow, I'd typically be alone, sometimes on a blue monday a comrade would join in with me. But I'd join a match of SWAT, and the majority of the guys I was playing against in those lobbies were BR or african american I suppose (or maybe just very offended by the emblem and klan name.) So, they wouldn't kick me, they would just gang up to team kill me and then go on about the match. But, It'd usually be a bit of a chase, I had some skill, and sometimes I'd end up team killing 2 - 3 other guys (the ones who were most offended apparently) and survive while the others of the team went about their business, I'd remain on the team until victory or death by enemy.

That was my Idea of fun back then, when at the time most of the proclaimed (pro'z) were extremely unfriendly and kicked a lot of people who weren't apart of the in crowd, so to speak. Those were the days. "TheLivingPlague" was the name back then, looked like a power ranger with that silent hill bunny mask.

Damn I wish I could play again, soon I hope, without having to blow away money i need to get by on some used cfw ps3 on ebay. I could buy a PS4 for the around the same price, in which I'd have access to a lot more lively games, but I was a huge fan of mgo2 to the date, it had top notch action. I will just keep my fingers tightly crossed for OFW.
~D.B.A.~
Batmantis-
Completely Undisclosed 2nd business name
Completely Undisclosed 3rd business name
Top

Just the camaraderie among various friends, which is why I kinda wish there were more people joining and why the word must be spread for more people to play MGO till the end of time
Top
Post Reply
38 posts

Users browsing this forum: No registered users and 1 guest